Hand Signed : Signed on Verso By Artist
Condition : Other - Fair condition, there is some damage seen in lower right corner and left, of painting.
Not Framed
Purchased from : Other 1971
Certificate of Authenticity : Art Brokerage
LID : 78415

Art Brokerage: Jerome Witkin American Artist: b. 1939. Jerome Witkin is an American painter known for the realism in many of his works. He was born on September 13, 1939 in Brooklyn, NY to a Jewish father and a Roman Catholic mother and has a twin brother, Joel Peter Witkin, who is a photographer. His parents were unable to transcend their religious differences and divorced while Witkin was still young. He attended the Skowhegan School of Painting and Sculpture, Cooper Union, the Berlin Academy, and the University of Pennsylvania. While his paintings reference the work of the old masters, social realism, and Abstract expressionism, Witkin, in a self-deprecating manner, refers to himself as a "cornball humanist".In a fuller explanation of his motivation, Witkin has emphasized, "If this society continues to the next two thousand years, people will be looking at the twentieth century and saying, 'What did artists do about the strange goings-on?'"

MORE BY JEROME WITKIN VIEW ALL 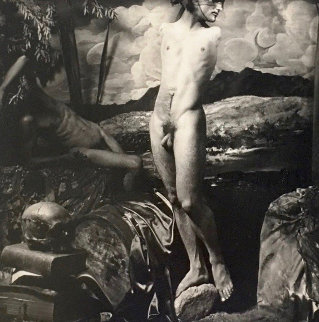 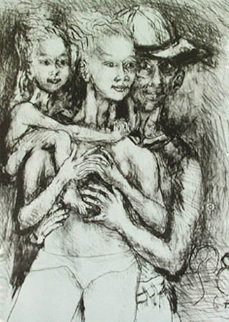