Your browser does not support JavaScript!
"Northland City " by Royal Nebeker - Reduced
| | |

Art Brokerage: Royal Nebeker American Artist: b. 1945-2014. Royal Gay Nebeker (February 22, 1945 – September 6, 2014) was an American painter and print maker born in San Francisco whose prints and paintings have been shown widely in Europe and North America including in Art Paris at the Louvre, Gallery Steen in Oslo and the Lisa Harris Gallery in Seattle. Nebeker's mother emigrated from Norway where Nebeker eventually traveled as a missionary for The Church of Jesus Christ of Latter-day Saints. While there he studied at National School of Arts & Crafts in Oslo where he felt the influence of Edvard Munch. In 1972, Nebeker received a grant to live and work in Munch's Ekley Studio.Aside from multiple residencies and extended travel to Europe and Asia, from 1974 until his death in 2014, he lived in Gearhart, Oregon, and painted in a studio on pilings over the Columbia River called The Uppertown Net Loft. He stated that Astoria reminded him of Norway. Nebeker's paintings include dream-like images often collaged with posters and handbills from his travels and quotes from Kierkegaard, songs, scripture and Ibsen, among others. His painting themes include pairings of a man and a woman, dream depictions, memories of childhood, bicycles and boats. Iconic figures like George Washington often appear. There is also frequent depiction of a woman called Blinky in a 19th-century polka dotted bathing dress. According to the art critic Richard V. West, she is both an avatar of Nebeker's wife Sarah and an appropriation of the work of Paul Gavarni. Nebeker kept a dream journal, a source for some of his work. There is a clear influence from expressionism, but Nebeker is less cynical and more humorous in the treatment of his subjects. In his self portraits, he sometimes portrayed himself as a woman. Asked why he often painted words and phrases in Japanese and Norwegian on his work, Nebeker responded, "I don't like the way English looks, it is so blatant. It is too easy to take literally, too easy to see what it means. I don't intentionally obscure meaning, but I distrust clarity." The last of his painted work often exceeded six foot dimensions. The painting "When We Awaken" 142x104 inches was initially smaller, but Nebeker felt the two figures rising from a tomb needed more sky above them and added a canvas on top which mostly holds more sky. Nebeker's smaller mixed media watercolors often depict flowers in vases. He was challenged to pursue this work by Horst Janssen when they met in the 1970s. Listings wanted. 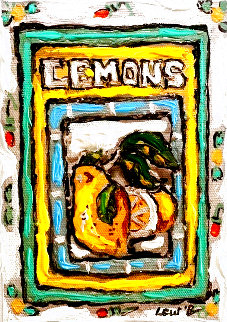 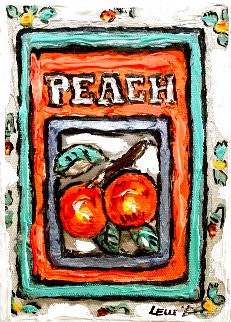 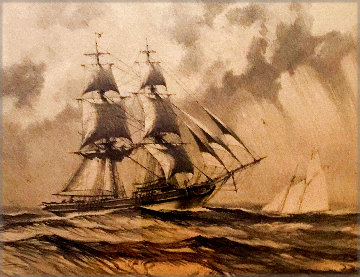 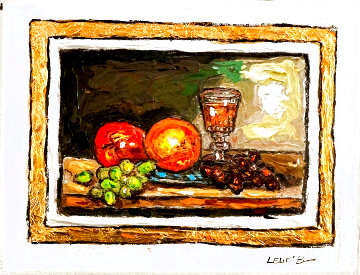 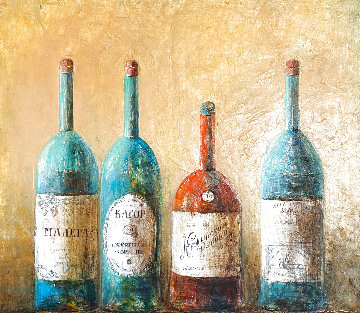 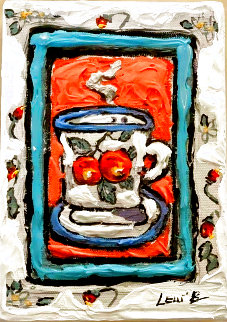 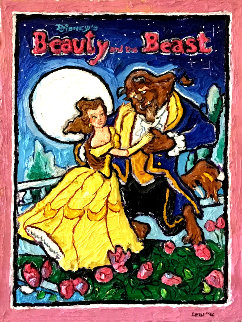 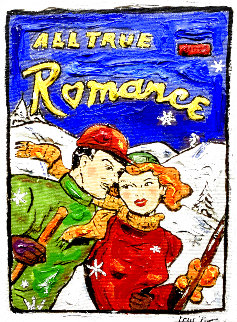 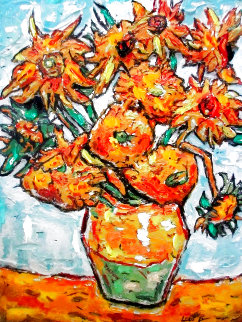 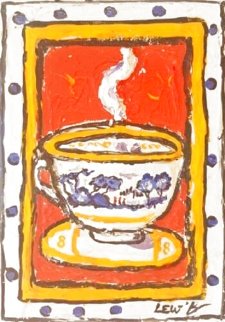 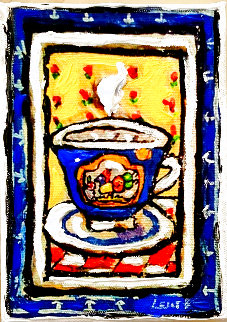 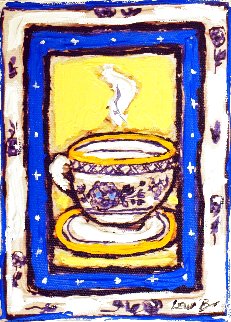 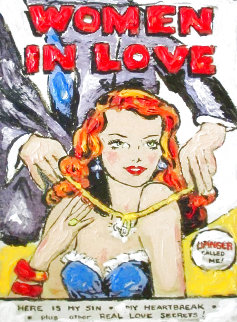 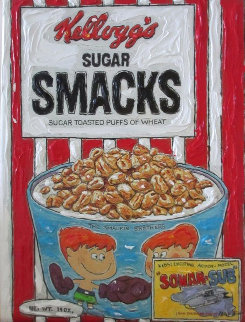 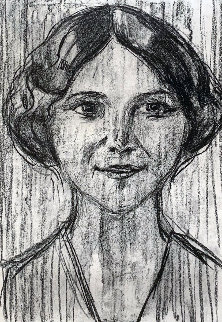 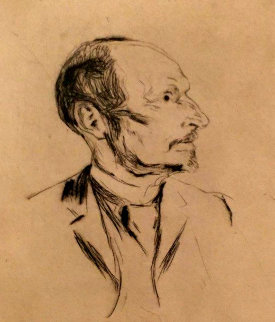 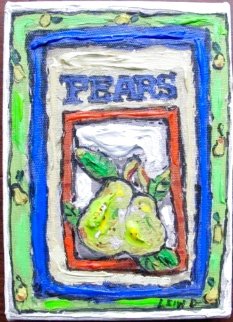 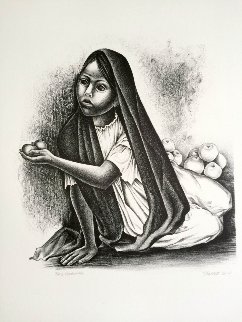