Your browser does not support JavaScript!
"Single Cherry" by Yozo Hamaguchi - Reduced Again $2,300
| | |

Art Brokerage: Yozo Hamaguchi Japanese Artist: b. 1909-2000 .Yozo Hamaguchi studied sculpture at the Tokyo Art School in 1927, but left his studies in 1930 to go to France; he returned to Japan in 1939. In 1953 he settled in Paris. During this period he made copperplate etchings but from about 1955 began producing his unique black and white and colour mezzotints. In 1957 he was awarded prizes at the So Paulo Biennale and the first International Biennial Print Exhibition in Tokyo. He moved from Paris to San Francisco in 1981. In 1985 he held his first solo exhibition in Japan at the National Museum of Art in Osaka; the show comprised over 160 prints. Hamaguchi was undoubtedly the leading contemporary exponent of the art of mezzotint and his virtuoso works have led to the present day popularity of this highly laborious technique. His prints, many in very small format, are each a tour de force of the technique. Listings wanted. 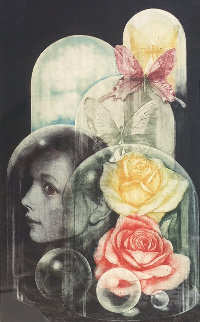 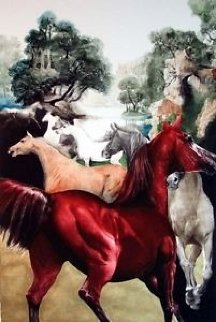 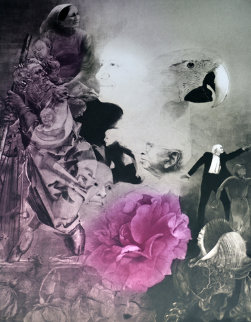 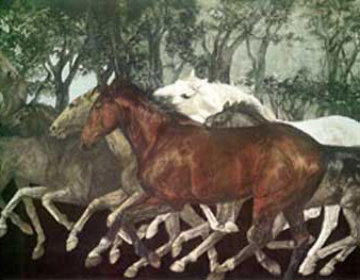 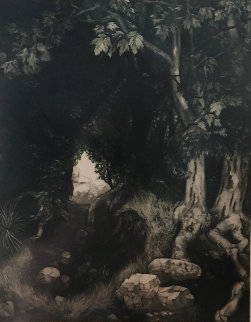 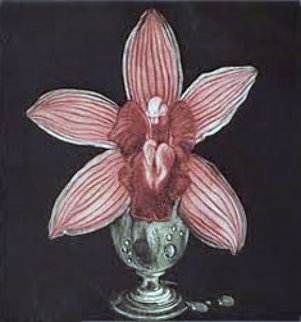 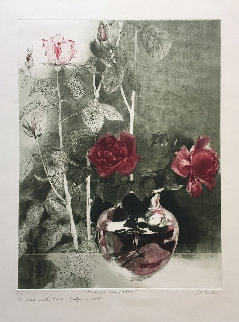 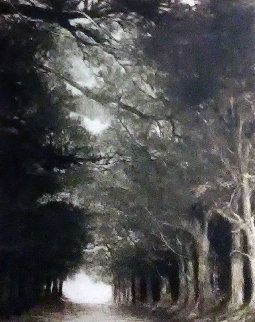 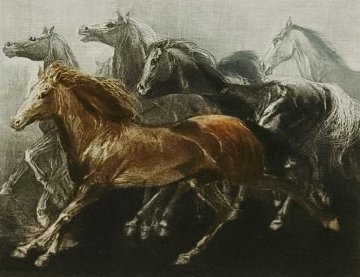 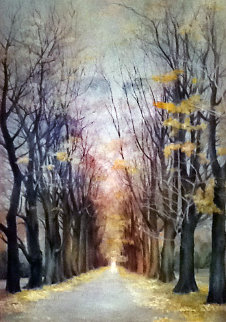 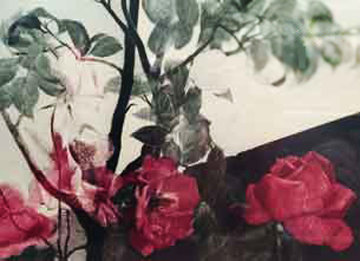 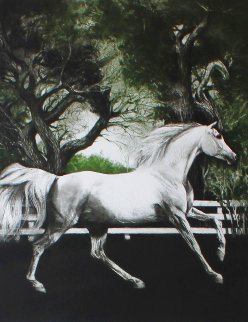 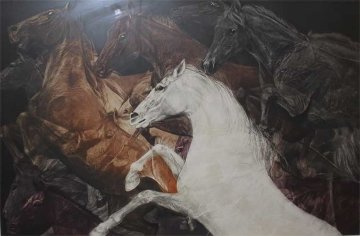 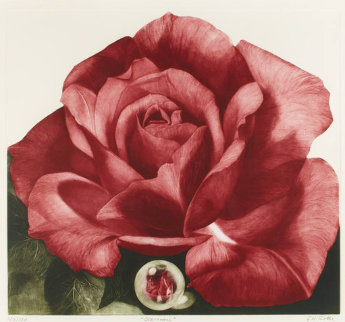 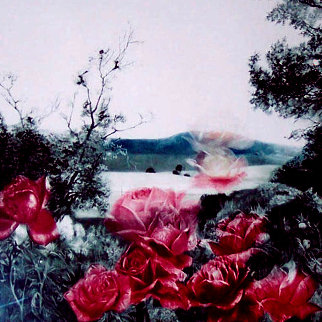 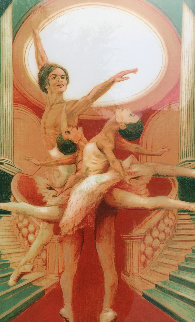 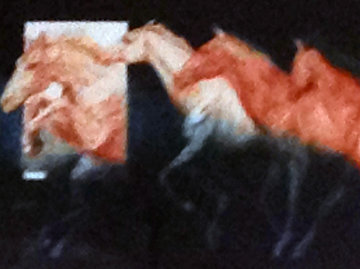 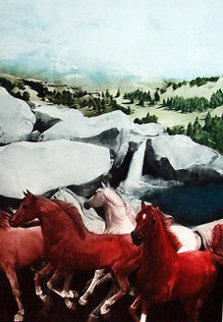 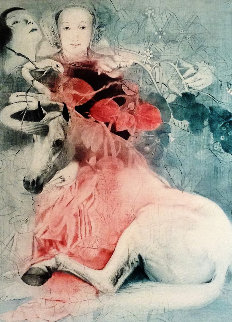 "Transformation of the Unicorn 1989"

Size: 10x28 in  | 25x70 cm Edition: From the edition of 200 Framed with Plexiglass - Wood Frame With Matting And Fillets Hand Signed: Signed in Pencil in Lower Border 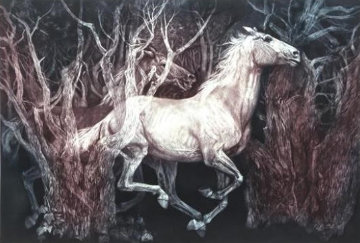 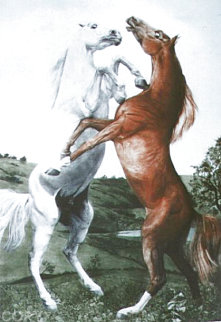 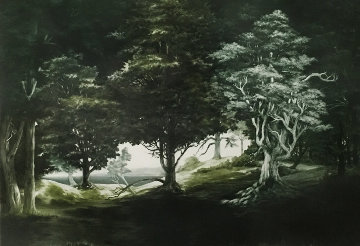