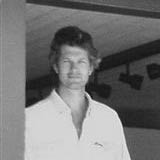 Art Brokerage: Stephen Hodecker American Artist: b. 1956. Stephen Hodecker was born in 1956 in Manchester, Connecticut and grew up in New Hampshire. He studied at the University of New Hampshire with John Hatch and Sigmund Abeles. And later in California and Florence, Italy where his classical figure style was established. His materials include oil, watercolor, egg tempera, pastel as well as clay and bronze. His work, both landscape and figurative, is rooted firmly in the traditions and themes of European and American realism. Among his influences are Homer, Hopper, Sargent, Wyeth and Olitski. Stephen has painted the landscape across the country and abroad, most notably Ireland, Scotland. However, his primary subject matter remains rural New England, New Hampshire and the coast of Maine. The flag and its relationship to our culture, central to Hodecker's Remembrance series, continues to emerge as a theme reexamined in recent work. Listings wanted by Art Brokerage.