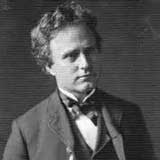 Art Brokerage: Adam Emory Albright American Artist: b.1862-1957. Adam Emory Albright was a painter of figures in landscapes. He was born in Monroe, Wisconsin and spent his working life in Warrenville and the Chicago area. Albright studied at the Chicago Academy of Fine Arts (later the Art Institute of Chicago) and under Thomas Eakins, but also in Europe during the nineteenth century. Albright began as a landscape painter but moved to strongly foregrounding individuals in most of his paintings. A particular interest for his paintings was children. He painted in oils, using almost pastel tones and visible brush-strokes, creating realistic paintings that approached Impressionism in style. Themes portrayed by the man called the James Whitcomb Riley of the brush include country children at quiet play, at rest, and walking. Many country scenes were from the town of Warrenville and then-rural areas of what is now Chicago. Listings wanted.