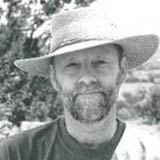 Art Brokerage: Gregory Frank Harris American Artist: b. 1953. Gregory Frank Harris was born in California in 1953, he began his studies of art and theater at Long Beach University. After relocating to the East Coast, he studied at the Art Students League in New York before moving to Duxbury, Massachusetts. Mr. Harris studied at the Fechin Institute in Taos, New Mexico. Gregory Frank Harris's oils and pastels are windows into another time and place, revealing a range of influences from the Barbizon school and painters of the Belle poque to French and American Impressionism. His mastery of these styles is matched by his technical mastery of alla prima and plein air painting, his fluent and expressive brushwork, and a complete command of the tonal subtleties of his palette. He is an expert at evoking a bygone era, an unabashedly romantic world of gentle beauty, of flowing muslin and golden light on flowers and fields. He can carry us from the elegant streets of fin de siècle Paris, a city of top hats, carriages and crinolines, to the sunlit beaches and windswept bluffs of Normandy. Listings wanted.